Why The Enemy Tried To Kill Dr. David

Why the Enemy Tried to Kill Dr. David

Why the Enemy Tried to Kill Dr. David

In the Bible, anytime God was sending a reformer the enemy would use powerful kings to go on a killing spree to ensure the baby would never be born. Satan’s tactics have not changed.

For those of you who have not yet heard, Dr. David was in a tragic boating accident that nearly took his life. The motor blade was coming right for his face. He was in over his head, unable to save himself but God intervened. He doesn’t know how he escaped the enemy’s plan to kill him except that a patient had been praying for him that very morning after awakening from a disturbing dream. She had first seen him in the boat, then in the water, then under the boat in her nightmare.

Dr. David’s life was miraculously saved, but three fingers on his adjusting hand were hanging by the skin. The enemy is about to be exposed in the book Breaking Free from Chemical Religion and Finding Your Way Back to Health. He is doing everything he can to stop this book from coming out! If he couldn’t take Dr. David’s life, then he would try to take his fingers.

Zac managed to pull his dad from the water into the boat and got him to the ER with his mom who was waiting for them at shore. No amount of painkillers could touch the pain as he waited for hours to go into surgery under the care of the top hand surgeon who just “happened” to be the only doctor in town available.

The surgery was a success, but the pain has been compounded by the pins holding his bones together until they heal enough to sustain themselves. The physical therapy leaves Dr. David in unimaginable agony, but he has stayed faithful to do all that is expected of him knowing that if he wants to regain full range of motion, he must work for it. Now more than ever he is a living example of what he has been preaching in the office for as long as Erb Family Wellness has been caring for patients. He’s having to press through the pain to do his home exercises and to go to the appointments knowing they will be difficult.

The enemy couldn’t kill Dr. David and he couldn’t take his fingers, so he’s been trying to stop this message from getting out through discouragement. He wants Dr. David to sit at home in his pain and just give up. That’s why Mindset is one of the 5 Essentials. It is so important to know how to maintain the joy of the Lord, come whatever may. But our leader in this health reformation has been coming to the office sharing about the book. He is still leading Dinners for patients and guests. He is still on shifts being the light and the inspiration.

How Has He Been Able to Press On?

Scripture is to the mind what exercise is to the body. Dr. David has been pressing into the Word and came across this: As Jesus was preparing for the cross, the Bible says, “And He was withdrawn from them about a stone’s throw, and He knelt down and prayed, saying, ‘Father, if it is Your will, take this cup away from Me; nevertheless, not My will, but Yours, be done.’

“Then an angel appeared to Him from heaven, strengthening Him. And being in agony, He prayed more earnestly. When He rose up from prayer, and had come to His disciples, He found them sleeping from sorrow. Then He said to them, “Why do you sleep? Rise and pray, lest you enter into temptation.” Luke 22:41-45 NKJV. (Emphasis mine)

Dr. David shared what God has been saying to him through his trial on June 15, 2022 on Rumble. We have all been praying that this “cup” would be taken from Dr. David, but the pain persists. He says, “Falling into depression, the gravity of emotions takes you into these dark places of temptation. The temptations are the thoughts in your head that goes to your heart.”

Jesus prayed that the pain, so to speak, would be removed but the answer God sent instead was for an angel to strengthen him. When we pray, we are strengthened. And when we don’t, we fall into temptation.

Dr. David says, “We have to go through it, but we know that he sends angels to strengthen us, if we pray. We are all going to go through trials, but we are never left by ourselves. It [the pain] is teaching me. It’s helping me be a better doctor and minister and giving me a better understanding of neurology. “

Dr. David is playing an infinite game versus a finite game. He says, “There’s no such thing as healthy enough.” He is working really hard on his health, and you need to remember to work on yours too.

How Can You Help?

Everyone has been asking this question and this is our doctor’s response:

1. Trust my team. I trust them to care for you as well as I have. And I need you all to keep pressing on in your health goals with all of us by your side. I’m looking forward to your testimonies!

2. Buy a book. Gift a book. Share the book’s website. Help us get the word out. Help us destroy the enemy’s plan to stop the health reformation. 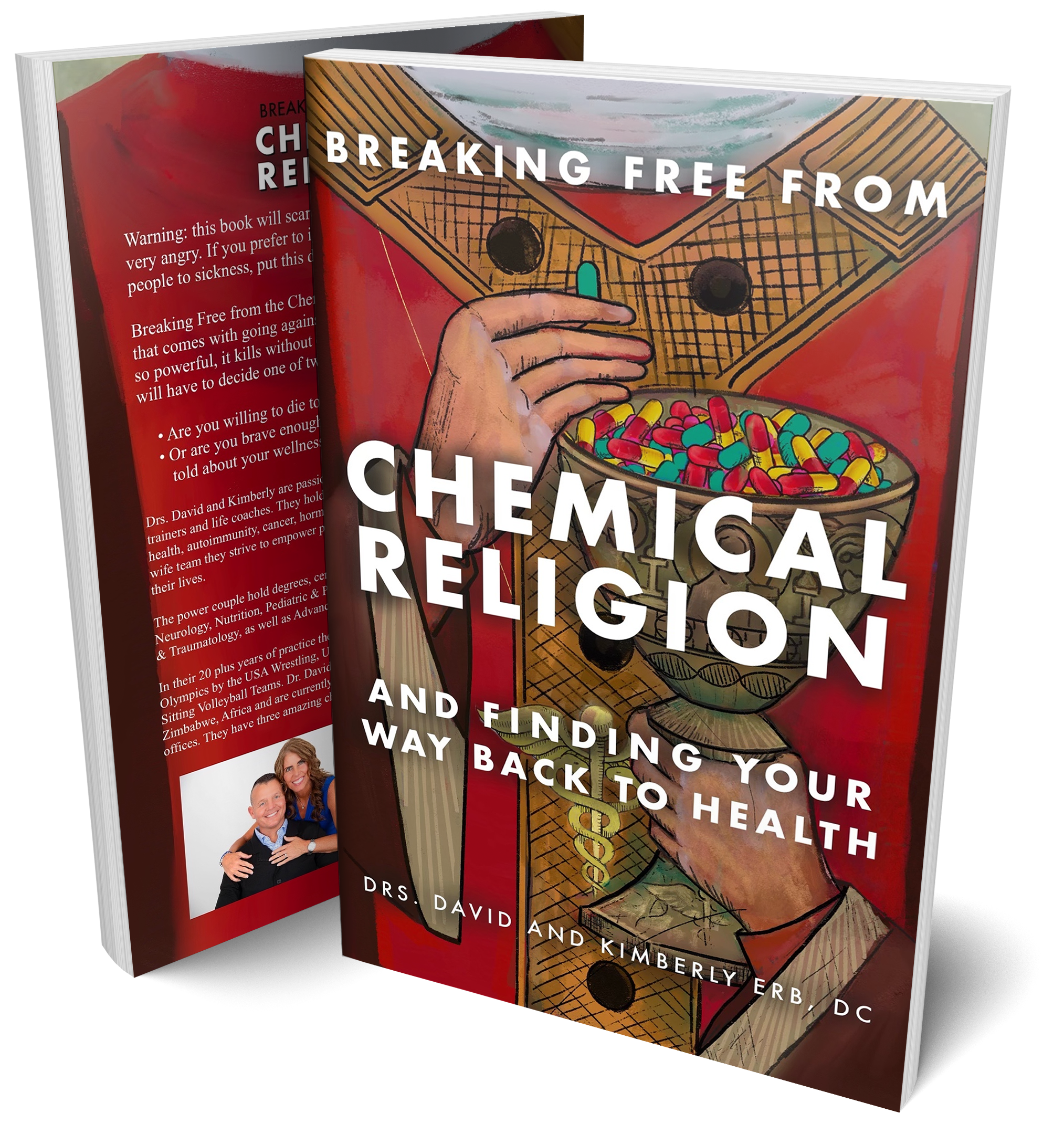 GET CHAPTER ONE FREE!

Input your email below for Chapter One of ‘Breaking Free From Chemical Religion’ for free!

Be the first to get your copy of BREAKING FREE FROM CHEMICAL RELIGION. Click this link to complete your order: CLICK HERE